Can the Jets realistically challenge the Pats in 2018?

If you ask many NFL analysts, they will tell you that the New England Patriots have all but wrapped up the AFC East, without Tom Brady throwing a football, such is the superiority they have other their divisional rivals. The Bills, Dolphins and the Jets will go up against them once more this season, looking to break the stranglehold that Brady has, not only on the division, but on the entire NFL.

So what do the New York Jets need to challenge, and is that a realistic proposition in 2018? Right now that is impossible to tell, but if the right moves are made over the summer, the Jets may win more games than people expect them to.

The first problem the Jets have to solve is their quarterback issue. If they are to challenge the Patriots in 2018, they must go out and sign a free agent quarterback, preferably Kirk Cousins. Not only does that give them immediate help, instead of waiting for someone to develop, but it also allows them to spend their 2018 first round draft pick elsewhere to strengthen the team.

Cousins would certainly be the number one choice in New York, although if you believe the reports out there, the Minnesota Vikings are the favorites to land the coveted quarterback this summer. That would be a loss to the Jets if they couldn't land Cousins, as he is by far the best quarterback that is on the market. Another option would be AJ McCarron, a player they passed on last summer, but one they may have to turn to this summer if Cousins is out of reach.

After bringing in a quarterback, the Jets can look to rebuild their roster, using the first round draft pick they have on a player like Quenton Nelson. One thing the Jets will need to do is protect their new quarterback, especially if it is Cousins and Nelson is proven when it comes to doing that in college. He is one of the strongest athletes in the draft, a great player and one that will help this Jets team improve to another level.

When you add a player of Nelson's caliber to the Jets' offensive line, and you give them a quarterback, all of a sudden they become a much better team. Those two players are not going to turn them around alone, but they do make the Jets an interesting proposition next year. There are many free bet offers at Oddschecker to take advantage of, including a £50 matched bet from Betfair, and should things go their way this summer, we are likely to see the odds on the Jets playing a part in the AFC East decreasing. While beating the Patriots to the title may be a pipe dream, there would at least be hope that the Jets could do something, and that would be enough for diehard fans to begin placing wagers on them. 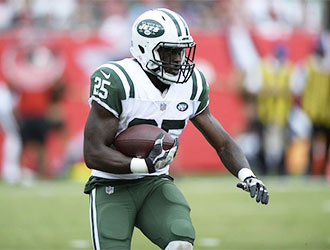 They will need more from those who contributed last season, and after the retirement of Matt Forte, a lot of focus will be on Bilal Powell and Elijah McGuire. Both have the ability to contribute in a big way, and they will have to do so, as the boots of Forte are tough to fill. When you add to those two the threat of chief wide receiver Quincy Enunwa, the Jets are slowly putting together a team that looks capable of finding their feet again in 2018. Enunwa is one player that will certainly improve for a new quarterback coming into the franchise, and if they find some early chemistry, there is no reason to think this won't be a career year for him.

There are a lot of pieces to the New York Jets puzzle for 2018 that are still to be found. If the Jets can make the right moves, and land the targets they are after then they are going to surprise a few people this season. While beating the New England Patriots to top spot in the AFC East may be a little too ambitious, there is no reason to think the Jets cannot compete with them, providing those summer moves are executed well by the front office.