With the tough year in 2020, there had always been some expectation that rule changes would be on the way for the 2021 NFL season. The question had always been around just where those rule changes could come from and what form they may take. For many it’s bound to feel like the biggest season yet too, as there has been regulation change in many supporting aspects of the NFL. Largely in areas of entertainment and in betting options, as the biggest sportsbooks reviewed at SBO.net continue to expand into the different states that are welcoming the introduction of betting. Something that we are going to continue to see implemented across the US moving forward, which will only grow the industry further. But what are the big rule changes expected and will they have as much an impact as rule changes that were seen last year?

Expansion for the numbers on jerseys

Not at all impactful on the game but perhaps an exciting change for some and will definitely help with the sale of jerseys in the summer too. The new proposed changes will allow for all numbers from 1-99, with defensive backs proposed choices from 1-49, RB, FB, TE, HB, and WR from 1-49 and 80-89, offensive linemen from 50-79, defensive linemen from 50-79 and 90-99, and line-backers from 1-59 and 90-99. It will be interesting to see the number all the big players choose and may be strange to see single digit numbers on jerseys too, but exciting, nonetheless. 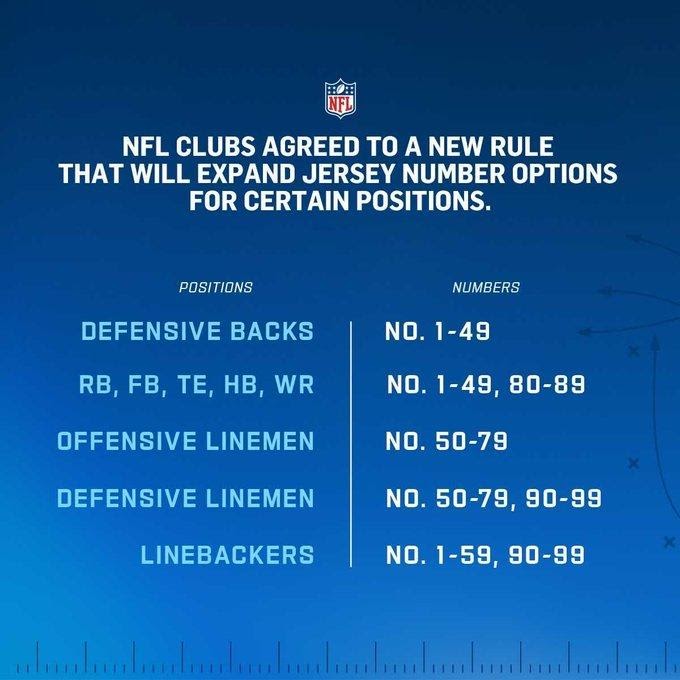 Perhaps the biggest change comes from the removal of overtime for preseason games. Whilst it may only impact a very small number of games played throughout the course of the preseason, there of course could be the odd occasion where it would be extremely impactful. Ultimately time will tell how much impact this has, as any close early game may indicate if it was the wrong move or not, but in some regards is also a change that some fans certainly saw coming.

A change for judgement rulings

Another change comes as the league will now allow on-field officials to gain additional objective information from the replay officials and those in the officiating department where clear evidence is present. A statement issued by the president of the Atlanta Falcons stated “I know in my opinion what subjective looks like, and if you get to the subjective things in that booth, what is the standard? Do we re-officiate the play? In this case, it’s objective (information), there is a way they could assist. We have the technology, really good technology  now. Let’s use that technology to try to improve. I do get nervous when it goes beyond that.”

Similar has been seen in other sports like soccer with VAR, where multiple opinions are needed for decisions on foul plays or the like and this ruling change could certainly help with the controversial decisions. There are a  couple of other changes announced too with summaries being spread around for what they are, and largely learning from experiences in 2020 where a closer eye could be paid to the ins and outs with the big changes at the time.